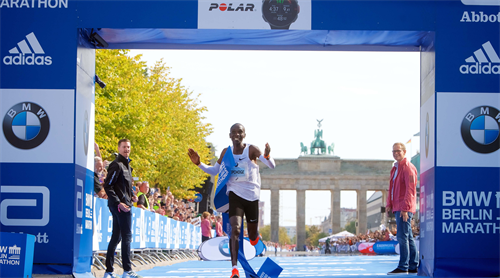 Eluid Kipchoge kicked-off the elite men's Series in style with a new world record time of 2:01:39 at the 2018 BMW BERLIN-MARATHON, and followed up with a new course record on his Virgin Money London Marathon win to take top spot on the leaderboard and secure his fourth consecutive series title.

In the elite women's competition, fellow Kenyan Brigid Kosgei takes home her first Abbott World Marathon Majors trophy thanks to her victories at the 2018 Bank of America Chicago Marathon and the 2019 Virgin Money London Marathon.

The wheelchair competition was one of the most memorable with a new men's champion being crowned in 21-year old Daniel Romanchuk from the USA. Battling against a vastly experienced field at every Major, Romanchuk took the tape at four races this series: Bank of America Chicago Marathon, TCS New York City Marathon, Boston Marathon and the Virgin Money London Marathon. He became the first ever American to win the wheelchair race in New York City and Boston.

Manuela Schär of Switzerland achieved the unimaginable in the last 12 months - she powered through the finishing tape ahead of the pack at all seven races in the series one after the other from Berlin 2018 to Berlin 2019. The victories included her world record-setting performance at the 2018 BMW BERLIN-MARATHON, consecutive victories at the TCS New York City Marathon and the Tokyo Marathon, and a maiden triumph in Chicago.

Schär's remarkable feat was also recognized with a specially created gold version of the Six Star finishers medal. Never before has athlete won every race in succession.
Her grit, resilience and success in the sport has been documented by the Abbott World Marathon Majors and can be viewed here.

Lelisa Desisa and Birhanu Legese ended the Series tied on 41 points, so it was down to a Race Directors vote to determine that Desisa would secure second spot, Legese in third.

For the elite women, second place goes to Ruti Aga of Ethiopia thanks to her Tokyo Marathon victory and second place in the 2018 BMW Berlin Marathon. Vivian Cheruiyot of Kenya picks up third place after finishing second in both the TCS New York City Marathon and the Virgin Money London Marathon.

Tatyana McFadden from the USA takes back to back second position in the women's wheelchair series with 72 points from her second placings in New York City, Tokyo, Boston and London, along with the sprint bonus points in New York City.

The Bank of America Chicago Marathon will be the first major of Series XIII on 13 October 2019.

THE FINAL TOP THREE IN EACH DIVISION 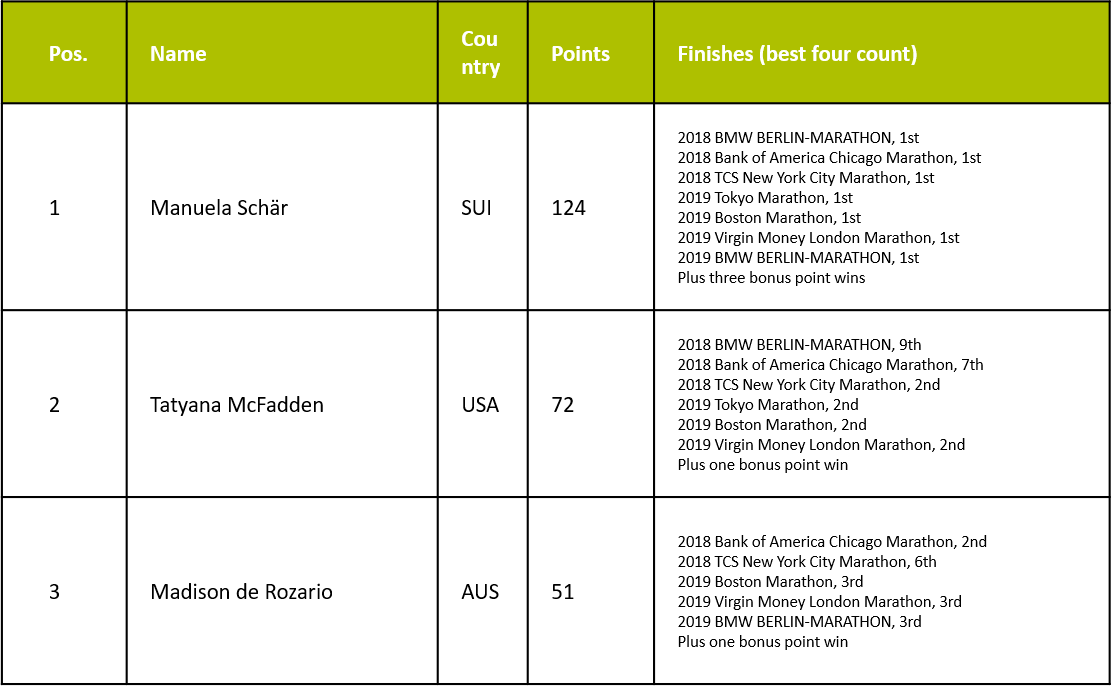 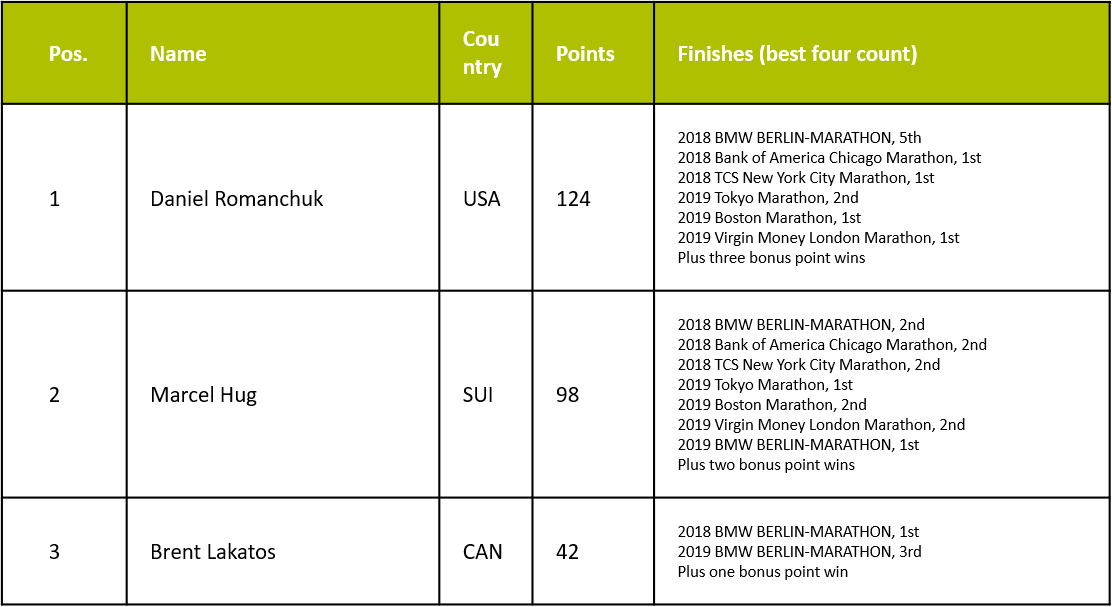