The Kenyan stormed away from his last challenger Tola Shura Kitata with two miles left to take his third London crown and, with it, the $250,000 prize for AbbottWMM Series XI.
Kipchoge's victory continues Kenya's dominance of the AbbottWMM Men's competition since its inception, and he moves ahead of the late Samuel Wanjiru's two titles to stand alone as a three-time champion in the men's Series.
The 2016 Olympic champion looked in control from the outset as the men set out at a searing pace, but the heat in London likely played a part in any early world record hopes evaporating.
It was not long before Kipchoge's challengers had become just two, with Kitata and Mo Farah hanging on to the 2015 and 2016 winner of this race.

Farah, making only his second attempt at the distance, eventually lost ground but would hold on for third place, while Kipchoge soon saw off the challenge of Kitata to turn on to The Mall all alone, a sensation he is no stranger to.
His win propelled him past fellow Kenyan Geoffrey Kirui in the standings to 50 points and on to the Series XI championship.

Last year's winner in London, Daniel Wanjiru, had a far less successful day at the office this time around as he finished eighth.
Wanjiru now finds himself locked in a fight for third place with no fewer than four other athletes.

The six AbbottWMM race directors will have to vote to decide who will take the $25,000 prize.
More to follow... 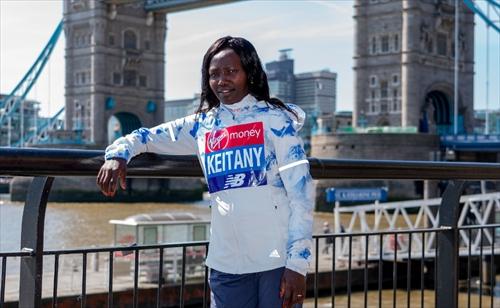 Kenyan superstar Mary Keitany has won Series XI of the Abbott World Marathon Majors.
Keitany, who finished fifth in today's Virgin Money London Marathon, could not improve on her 41 points as she faded in the second half of a hot race in the UK capital, but the same applied to her main series rival.
Ethiopia's Tirunesh Dibaba was also on 41 points, but got into trouble as they rattled along at sub-world record pace during the first half and Dibaba would not finish the race, eventually grinding to a standstill at 19 miles killing off her hopes of Series victory.
It remained to be seen if Keitany could sweep up another London win along with a third AbbottWMM Series and the world record, but the heat began to take its toll on her to damaging effect.
The unseasonable conditions saw her lead whittled away by Keitany's compatriot Vivian Cheruiyot. Cheruiyot was suddenly gaining ground on the 2017 champion as they approachd 35km, and passed her with ease as they ran back down the Highway as they began the final handful of miles.
Brigid Kosgei, Tadelech Bekele and BMW Berlin Marathon champion Gladys Cherono also caught Keitany as her struggles continued, but with Cheruyiot taking the win and 25 points, none of them could catch the triple London champion in the AbbottWMM standings.

All of this has left Keitany and Dibaba exactly where they were before the final race of the Series, locked on 41 points at the top of the leaderboard, but the Kenyan legend takes the title on their head-to-head performances, which gives Keitany a two-to-zero advantage and her third AbbottWMM title.
She beat Dibaba into second on the same course last year when she set the women's only world record, and achieved a better result again today to secure top spot and the $250,000 prize.
Dibaba finishes second to take home $50,000. 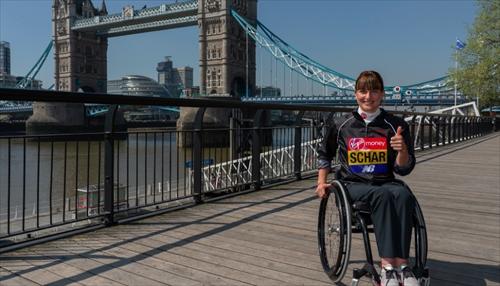 Series XI of the Abbott World Marathon Majors Wheelchair Series has been an all Swiss affair.

Marcel Hug put the seal on his second Series title with a second place at the 2018 Virgin Money London Marathon.
The man they call the Silver Bullet was already assured of the Series XI title before the final race.
He had already won the BMW Berlin, Bank of America Chicago, TCS New York City and Boston Marathons to pull clear of the rest of the field to reach a total of 100 points.
The 2018 Boston Marathon will surely go down as one of his finest achievements given the conditions he endured. The driving rain and freezing temperatures made for a miserable race that was nip and tuck between Hug and Ernst Van Dyk for most of the way until the Swiss star pulled clear.
In London, where the conditions could not have been more in contrast to those he suffered through six days earlier, he couldn't get the better of old foe David Weir who beat him in a thrilling sprint down The Mall to win his eighth London title.
But it could do little to dampen his joy at taking Series XI. Behind him, Weir's pair of London victories were enough to clinch second place, with Van Dyk holding on to third despite a puncture in London that derailed his chances of contesting the final dash for the finish.

And Manuela Schär made it a Swiss sweep by taking her first AbbottWMM crown in the women's wheelchair division.
Her fourth place in the 2018 Virgin Money London Marathon followed wins in the first race of the series in London, followed by Berlin, New York City and Tokyo to lock her win up before the last two races of the series in Boston and London.
Boston's horrendous conditions proved too much for the 33-year-old as Tatyana McFadden battled to victory, and the American's second place in London meant the gap between the two by the end of the Series was just two points.
Amanda McGrory, McFadden's stable mate from the University of Illinois, took fifth in London and sealed third place in the standings.
Schär takes home $50,000 as series champion, with McFadden receiving $25,000 and McGrory $10,000.