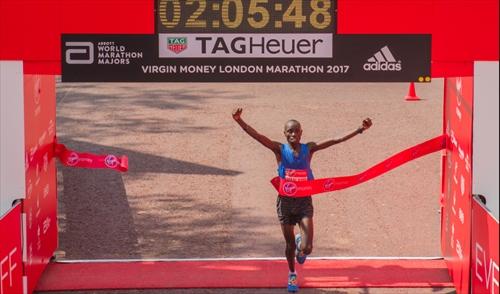 The finale of Series XI of the Abbott World Marathon Majors promises to be a barn-burner on the streets of London this coming Sunday.

Following the icy, monsoon-like rains of Boston on Monday, the final stop on the Series XI schedule is shaping up to provide the athletes with the total opposite conditions. The mercury could rise above 20ºC on race day when the best in the world will be battling it out for the titles in both the men's and women's series, and the scene is set for two classic encounters.

In the women's series, reigning London champion Mary Keitany is tied at the top of the leaderboard with Tirunesh Dibaba, who has a win in the Bank of America Chicago Marathon under her belt and a second place to Keitany in London in 2017.

Keitany added a second place in the TCS New York City Marathon last November to her tally, so if either woman takes victory in the UK capital, the series will go with it.

But two other women could upset that head-to-head with victory. World champion in London last summer, Rose Chelimo, and 2017 BMW Berlin champion Gladys Cherono can overhaul the leading pair with a win on Sunday.

Waiting in the wings is Brigid Kosgei, who has 16 points currently and could reach 41 to have a say in proceedings.

If she wins on The Mall, she could force a scenario whereby it comes down to a decision by the six race directors of the Abbott World Marathon Majors.

Before then, any head to heads are taken into account, but a win over Dibaba in London for Kosgei cancels out the victory Dibaba scored over Kosgei in the Windy City. Should this play out, it will be down to the race directors.

In the men's competition, Eliud Kipchoge and Daniel Wanjiru (both on 25 points) stand ready to take the title by winning London, overhauling the 41 points amassed by Geoffrey Kirui, who trudged his way to second place in Boston on Monday to add to the 25 won with gold in the World Championships last summer.

Behind these two, Abel Kirui is poised to pounce with 20 points to his name thus far.

Further back are Ethiopian pair Guye Adola and Kenenisa Bekele on 16 points with a second place result each and a chance to snatch the series and $250,000 prize with victory.

Geoffrey Kirui could triumph without running a step in London if Wanjiru comes second behind Kenenisa Bekele. Kirui beat Wanjiru in the World Championships and would find himself at the mercy of the Race Directors' vote.

All will become clear at lunchtime on Sunday. 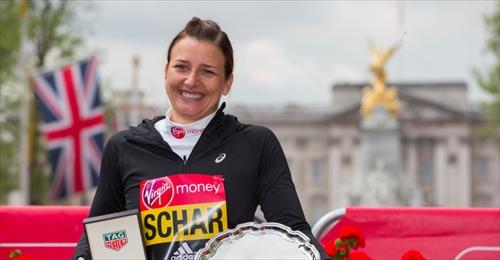 Schär has enjoyed a stellar series, beginning with a win in the Virgin Money London Marathon in April and following up with victory at the BMW Berlin Marathon in September.

She was bested by American rivals Tatyana McFadden and Amanda McGrory in the Bank of America Chicago Marathon, but hit back in style in November when she stormed to victory in Central Park to take the TCS New York City Marathon crown.

When the series resumed in Tokyo in February 2018, Schär again proved too good for the rest of the field, cementing her sizeable lead at the top of the standings.

Defeat to McFadden in the freezing rain of Boston, where she withdrew before the end, has narrowed the 33-year-old's advantage, but not to the degree that she can be overhauled on Sunday.

McFadden has second place and $25,000 locked up, but there could be an interesting scrap for the third place in the Series, which this year comes with a $10,000 prize purse. McGrory holds the advantage on 45 points but can be usurped by Susannah Scaroni or Sandra Graf if either wins.

It's a similar story of Swiss success in the men's wheelchair division, where Marcel Hug has pulled clear of his competition as we had into the final round.

The Silver Bullet ended the debate in Boston on Monday when he pushed through the rain and away from South Africa's Ernst van Dyk to win his fourth straight Boston title.

That follows wins in Berlin, Chicago and New York City earlier in the Series that put him in a commanding position.

But the London crown eluded the man from Lucerne last April as Britain's David Weir outsprinted him on the Mall to take a seventh title in the UK capital, and Hug will be keen to end his title-winning season in style.

Beneath Hug, there is much to be settled, with the chances of the top three extending as far down the table as ninth place.

Johnboy Smith then separates the Tokyo 2018 champion from a clutch of other Japanese athletes; Kota Hokinue, Tomoki Suzuki and Sho Watanabe.

With London producing famously tight finishes, the battle in those late miles will be one to watch.