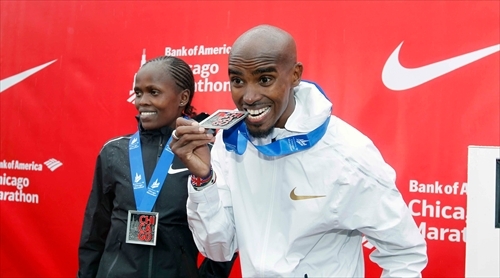 Mo Farah faces a stern test if he is to mount a successful defense of his Bank of America Chicago Marathon title.

The race on October 13 marks the start of Series XIII of the Abbott World Marathon Majors and offers the Brit the chance to take an early lead in the elite standings.

But the four-time Olympic gold medalist is up against five men with times faster than his 2:05:11, clocked on the same course in 2018.

Among his rivals is Kenya's Lawrence Cherono, who won the 2019 Boston Marathon in a thrilling sprint finish with Lelisa Desisa, and Dickson Chumba, a former Chicago Champion whose most recent victory came in Tokyo 2018.

Farah will also have to contend with two men boasting PBs under 2:04, Getaneh Molla and Herpasa Negasa of Ethiopia.

Molla started 2019 by running the fastest marathon debut in history while smashing the course record in Dubai by 26 seconds. His time, 2:03:34, stands out as the first sub-2:04 time ever run in Dubai, and it makes him the eighth fastest man in history. He was followed across the line in Dubai by Negassa in 2:03:40.

In the elite women's race, Kenyan Brigid Kosgei returns to defend her title, which she won in dominating fashion in 2018. Kosgei followed her Chicago victory with another first place in the 2019 Virgin Money London Marathon and is the clear favourite in a field where she has the fastest PB by almost four minutes.

Kosgei's time in London of 2:18:20, made her the seventh fastest woman in the history of marathon running. Her dominance in 2019 also extends to winning the Peachtree 10K, two half marathons and a 5K. Kosgei has finished first or second in nine of her ten career marathons.

Before Chicago, there is business to conclude in Series XII which ends on 29 September in Berlin. Kosgei sits atop the women's leaderboard and will be watching with interest to learn if she will remain alone in first place come the end of the race in the German capital. 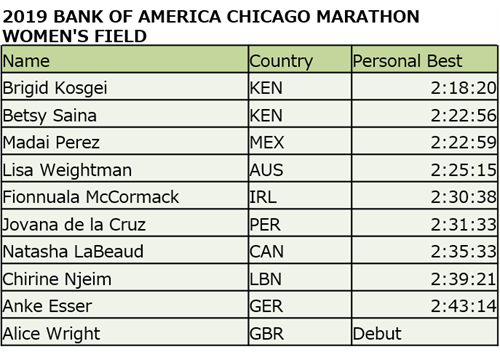 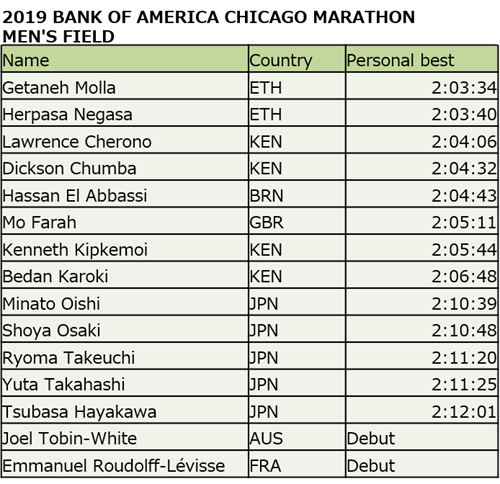