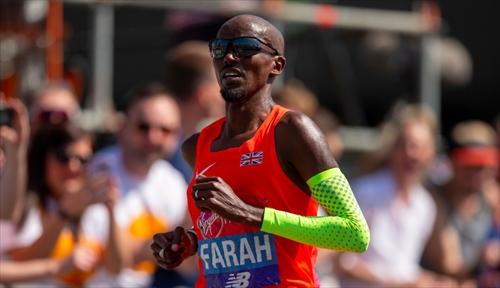 Double 10,000m and 5,000m Olympic champion Mo Farah will add a second Abbott World Marathon Majors race to his CV in October when he competes at the Bank of America Chicago Marathon.

Farah, who quit the track for the road in 2017 and finished third at the 2018 Virgin Money London Marathon in April, will line up in the Windy City against his former training partner Galen Rupp, who won the 2017 edition of the race and finished second behind Farah in the 2012 Olympic 10,000m final.

Farah's gutsy run in the heat of London in the spring saw him claim the British record with a time of 2:06:21, while Rupp's victorious 2:06:07 in Prague in May suggests the streets of Chicago could see a titanic battle between the pair.

"Mo and Galen are two of the greatest distance runners of all time," said Executive Race Director of the Bank of America Chicago Marathon Carey Pinkowski. "They come to Chicago following in the footsteps of incredible runners like Khalid Khannouchi, Sammy Wanjiru, Moses Tanui, Paul Tergat, Steve Jones and more. These two runners have competed at the highest level of competition and I'm confident they will come prepared for what's shaping up to be an epic showdown."

Farah's rise to the top of track distance racing began in 2011 when he claimed gold and silver in the 5,000m and 10,000m respectively at the World Championships in Daegu, and he followed that with a golden summer at the 2012 Olympics in his home town when he picked up the double in the same two distances.

He closed the book on the glittering track chapter of his career with gold in the 10,000m back in London at the 2017 World Championships, before turning his full attention to the 26.2-mile distance.

His third place in London this year was the first occasion he scored points in an Abbott WMM race.

Chicago will be the second stop of Series XII, which kicks off in Berlin on 16 September. Earlier this week it was announced that Eliud Kipchoge and Wilson Kipsang will face off again in the German capital.

Less than a month after that, we now have the tantalising prospect of Rupp vs. Farah in what is already shaping up to be a fascinating 12 months for the world's greatest annual marathon competition.