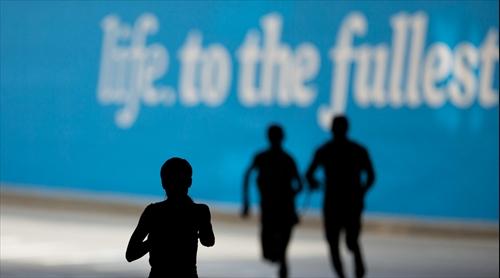 Abbott and the World Marathon Majors today announced the renewal of Abbott's title sponsorship. The partnership will extend into 2023, with the new four-year agreement beginning in 2019. Abbott became the first title sponsor of the series in 2015.

"We are thrilled to continue what has been an incredible relationship with Abbott," said Tim Hadzima, general manager of the Abbott World Marathon Majors (AbbottWMM).

"Our partnership has enabled the series to expand our horizons and look down the road at the great things we can continue to accomplish together. The support Abbott has shown and the affinity that Abbott has with the sport of marathon running has enabled us to enhance the race experience for everyone who takes part in these amazing events, from our world class runners to our Everyday Champions."

The AbbottWMM series consists of six of the largest and most renowned marathons in the world: Tokyo, B.A.A. Boston, Virgin Money London, BMW BERLIN, Bank of America Chicago and TCS New York City.
Elite runners and wheelchair racers compete and score points in these races - and any Olympic or IAAF World Championship marathons that take place in a series timeframe - with each series starting and finishing in the same city. Series XI draws to a close in London on April 22, 2018.

Since the partnership began, AbbottWMM has been able to launch new programs and innovations, connecting more people to the sport and sharing best practices across races. These enhancements include:

• Adding a new recognition program by creating a Six Star medal. The Six Star Finisher program has become an amazing life goal for thousands of people, offering "Everyday Champions" the chance to earn the highly prized Six Star Medal and certificate for completing all six marathons in the AbbottWMM series. There are now more than 3,000 Six Star Finishers around the world.

• Launching an elite wheelchair series in 2016, creating a global platform for the world's best wheelchair racers to compete.

• Introducing a new charity initiative at the start of Series XI with US$10,000 awarded to causes nominated on behalf of each race winner across both the open and wheelchair divisions, bringing the Series total donations to $280,000.

• Announcing further expansion of the series with the news that, with the help of a strategic partnership with Chinese company Wanda, a search for three new races to join the AbbottWMM would begin. That process, which began in 2017, continues with the ambition to bring the series to as yet unreached regions of Asia and Africa.

• "With Abbott's help, we will continue to push forward in pursuit of our goals, chief among them to promote the sport of marathon running throughout the globe," Hadzima said. "The first four years of our partnership is just the start, and with the new races and initiatives coming, the next four promise to be even more exciting."

"It's been exciting to participate in the growth of the Abbott World Marathon Majors series, and inspiring to watch our employees bring the sponsorship to life," said Leavenworth. "Hundreds of our colleagues and their families have energized Abbott Cheer Zones on race day or crossed the marathon finish lines themselves."