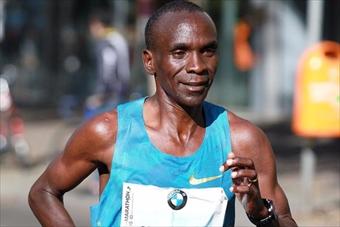 Eliud Kipchoge (Kenya) will make his first appearance in Series XI of the Abbott World Marathon Majors on Sunday, September 24 when he takes on Kenenisa Bekele (Ethiopia) and Wilson Kipsang (Kenya) at the BMW BERLIN MARATHON, a clash described by race director Mark Milde as "a dream match-up."

Kipchoge sealed the Series X men's title when he added Rio Olympic gold to his victory at the 2016 Virgin Money London Marathon and will make his Series XI debut with one goal in mind: to break the world record of 2:02:57 set by Kenyan compatriot Dennis Kimetto on the flat and fast Berlin course in 2014.

Kipchoge has already run quicker than that this year when he clocked 2:00:25 in an unofficial event on the Formula One track in Monza, Italy in early May. He also holds the third quickest official time of 2:03:05 from his 2016 London victory, a performance Bekele bettered by two seconds in Berlin 12 months ago.

The Ethiopian legend will defend his Berlin title knowing he could leap to the top of the men's standings by adding to the 16 points he bagged for second in London this April. He currently lies third on the leaderboard behind Boston winner Geoffrey Kirui and London champion Daniel Wanjiru, who each have 25 points.

Kipsang will also be looking for his first Series XI points when he returns to the city where he broke Patrick Makau's world record of 2:03:23 in 2013. That mark fell to Kimetto just 12 months later, but Kipsang improved his best when second to Bekele last year in 2:03:13, the equal fourth fastest of all time.

Kipsang, like Kipchoge, has five Majors wins under his belt. Should either man win on Sunday, they would be the first professional male runner to notch six Majors victories since AbbottWMM began in 2006. 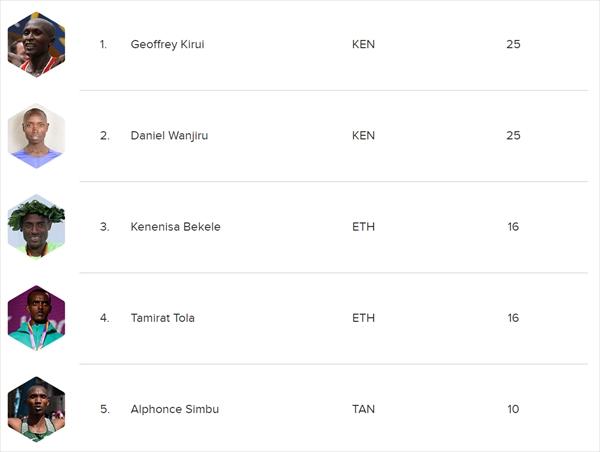 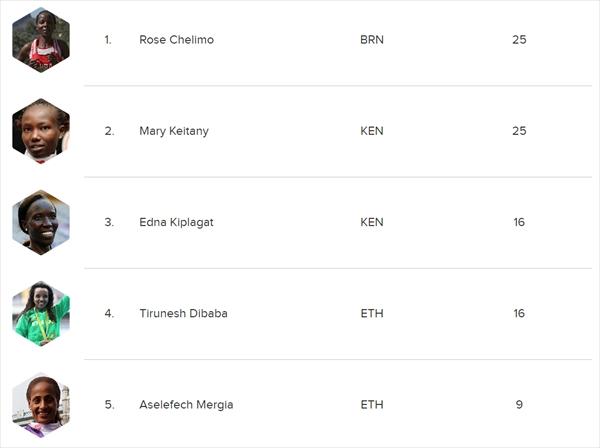