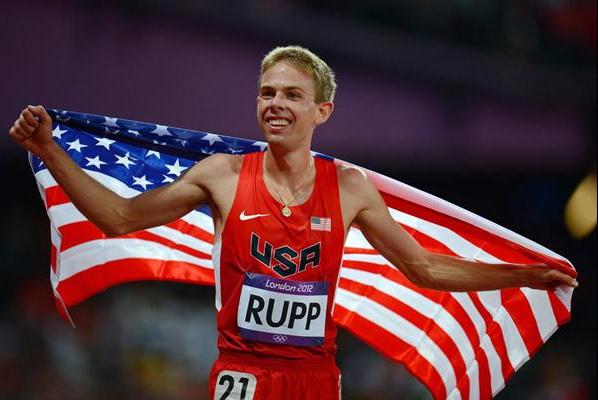 "Galen and Jordan are huge talents who have the ability to capture podium finishes. The last time we had an American male and female place in the top three together was 1996. And we have a deep field of Americans who can shake things up this year - Luke Puskedra, Diego Estrada, Sam Chelanga, Sarah Crouch, Becky Wade and Alia Gray, to name a few," said Executive Race Director Carey Pinkowski. "And Joanie is a legend. To have Joan attempting a record in Chicago allows us the opportunity to celebrate her as an American icon and running legend."

Sam Chelanga, a two-time NCAA champion in the 5,000m and 10,000m and the NCAA 10,000m record holder, will make his second attempt at the marathon distance. After becoming a U.S. citizen in 2015, Chelanga (with a half marathon personal best of 1:01:04) made his marathon debut at the 2016 U.S. Olympic Marathon Trials. After briefly moving to the front of the race amid hot and humid conditions, he eventually lost contact with the lead pack and dropped out. In 2016, Chelanga won the U.S. 10 Mile Championships, and he has started 2017 with a bang, winning both the World's Best 10K in San Juan and the New York Healthy Kidney 10K. He also finished 11th at the IAAF World Cross Country Championships.

Luke Puskedra and Jeffrey Eggleston boast impressive résumés with 2:10 marathon performances. Puskedra experienced a breakthrough at the 2015 Chicago Marathon, smashing his PR by five minutes and stopping the clock in 2:10:24, making him the fastest American marathon runner in 2015. He narrowly missed out on the opportunity to represent the U.S. in Rio when he finished fourth at the U.S. Olympic Marathon Trials in 2016. He started 2017 with a strong performance in Boston, finishing ninth in 2:14:45.

Eggleston made his marathon debut in 2010 and ran his personal best (2:10:52) at the 2014 Gold Coast Airport Marathon in Australia. He has represented the U.S. at three IAAF World Championships in the marathon (2011, 2013 and 2015), finishing as high as 13th in 2013. He kicked off 2017 with back-to-back marathons, finishing fourth in Warsaw in April and then winning the Movistar Marathon in Lima, Peru in May.