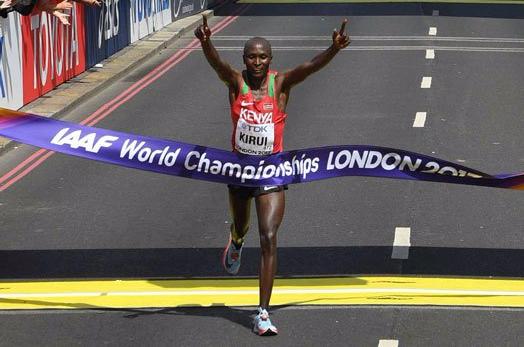 Kenya's Geoffrey Kirui and Bahrain's Rose Chelimo struck gold on the streets of London as they won the IAAF World Championship marathons on Sunday.

The victories for Kirui - the reigning Boston Marathon champion - and Chelimo also ensures the pair move to the top of the Abbott World Marathon Majors Series XI leaderboard with two rounds now complete.

Kirui showed great race craft in a fascinating battle with Ethiopia's Tamirat Tola, whose personal best (PB) of 2:04:11 made him the fastest man in the field.

The two broke away from the rest of the field on the third of four laps of the London 2017 marathon course.

Tola then powered clear of Kirui at the 19-mile mark with what looked to be a race-winning effort. But the 24-year-old Kenyan proved he had managed his resources better than his East African rival and within two miles had reeled Tola back in.

Tola tried gamely to hang on to Kirui but the elastic snapped as they raced down the Embankment on the final lap of the course.

Once in front Kirui never looked like relinquishing the lead and broke the tape on Tower Bridge in a time of 2:08:27 to become Kenya's fifth world marathon champion.

Kirui said: ""This is the best moment of my career, easily. I am so happy to win the world title because it is my first time at these Championships.

"Winning this title has been my goal for so long. Now my goal will be to repeat it." 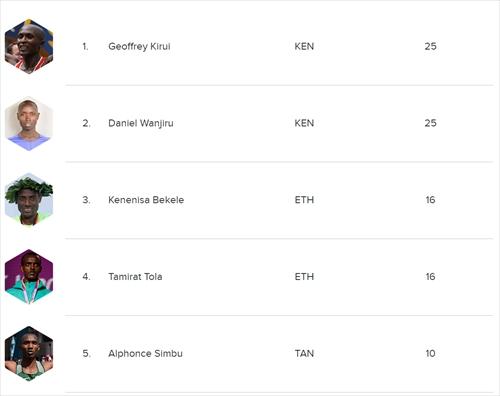 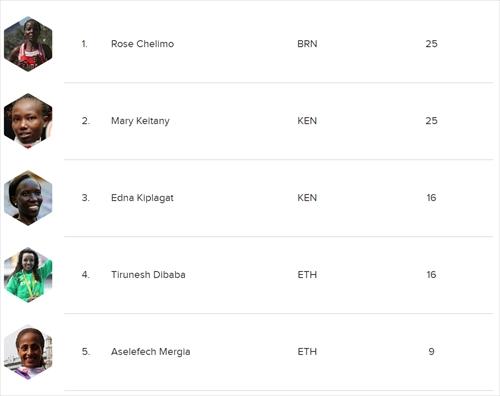