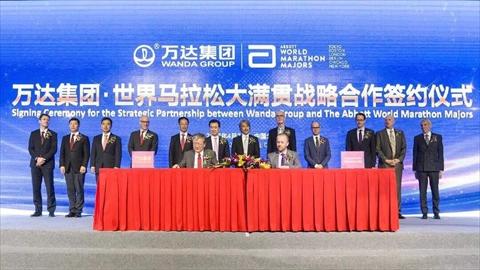 Dalian Wanda Group Co., Ltd. ("Wanda Group"), one of the leading Chinese private conglomerates, announced at a signing ceremony today that it has reached a landmark agreement with the Abbott World Marathon Majors (AbbottWMM) with a ten-year strategic partnership aimed at the continued growth and development of marathon events worldwide.

The partnership plans to expand the AbbottWMM Series with events added in new regions such as Asia (outside Japan) and Africa, and will begin the process of identifying candidate races that will be required to meet AbbottWMM's stringent criteria before selection for the Series.