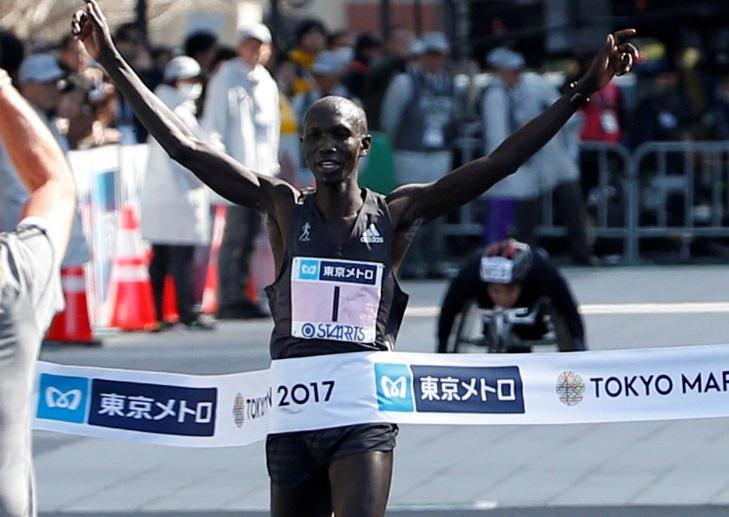 On a new, faster course at today's Tokyo Marathon, Wilson Kipsang met expectations with a masterful performance, falling just short of a world record but running the fastest time ever on Japanese soil in 2:03:58.

The 34-old now trails his Kenyan compatriot Eliud Kipchoge by nine points on the leaderboard of the Abbott World Marathon Majors Series X, which will conclude at the 2017 Boston Marathon in April.

Kipsang before the race was vocal about predicting he'd beat Dennis Kimetto's 2:02:57 world record time - a mantle he lost in 2014. He said after the race he was feeling good during his run, but the wind prevented him from delivering a world record time.

During the marathon in sunny, cool conditions, Kipsang looked relaxed and confident as he pushed forward with several pacemakers. At the 10-, and 15-kilometer marks, and at the halfway point, he was on track for his goal of 2:02:50.