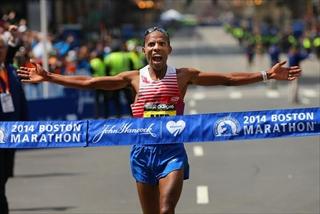 "Our audiences have come to enjoy an American resurgence at the Boston Marathon in recent years, punctuated by Meb Keflezighi's 2014 victory," said Tom Grilk, Chief Executive Officer of the Boston Athletic Association. "We were very impressed with the American team's performance at the Olympic Games in August. Our long time partners at John Hancock Financial have done a magnificent job in assembling these top Americans, all of whom we look forward to welcoming in April."

"We are thrilled to have such a deep and talented American field this year," said Rob Friedman, head of Sponsorship and Event Marketing at John Hancock. "In our 32 years of sponsorship of the Boston Marathon, we've always invited strong international fields and the elite American team is always ready to challenge for the prestigious Boston title. The American team has found success at the highest levels of the sport and they will certainly add excitement for spectators and fans on the course and around the globe on Patriots' Day."