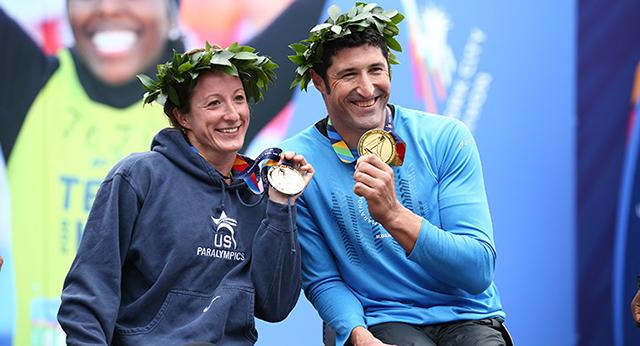 McFadden, racing as an NYRR Team for Kids Ambassador, will go for her fourth consecutive and fifth overall title on the five-borough course, while van Dyk will go for his second consecutive and third overall title in a professional wheelchair athlete field that includes 25 Paralympians, seven of whom won a combined 19 medals - seven of those gold - at the Rio 2016 Games.

"We are very excited to have racing sensations Tatyana and Ernst return to defend their TCS New York City Marathon titles as part of an absolutely fantastic field," said Ciaccia."Our professional wheelchair athlete field truly represents the cream of the crop in para-sport this year, with many of these athletes coming off phenomenal, Paralympic-record breaking performances at the Rio 2016 Games. Having Tatyana also support and donate a racing chair to our newly launched NYRR Youth Wheelchair Racing program is a true testament to how she is inspiring the next generation as an NYRR Team for Kids Ambassador."