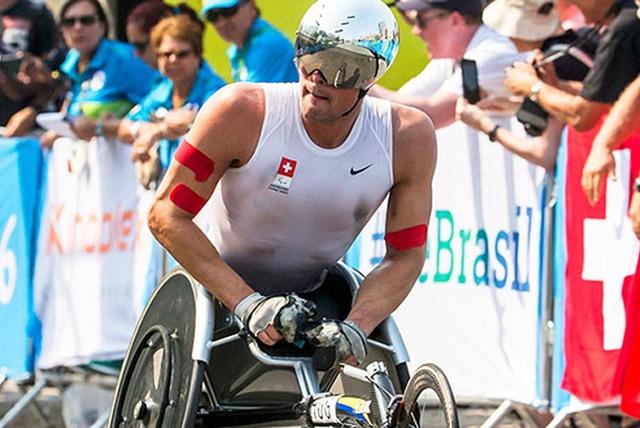 Marcel Hug struck gold at the Rio Paralympic Games on Sunday Sept. 18 to maintain his 100 percent record in the Abbott World Marathon Majors wheelchair series as Tatyana McFadden was outsprinted by Zou Lihong in the women's race.

Swiss star Hug turned London 2012 silver into Rio gold as he triumphed in a two-way battle with Australia's Kurt Fearnley while McFadden missed out on her fifth gold of the 2016 Games when she was pipped to the line by China's Zou as both broke the Paralympic record.

Hug and McFadden dominated the first two races of the inaugural worldwide wheelchair marathon contest, winning twice in the space of six days at the Boston Marathon and the Virgin Money London Marathon this April.

In Rio they both tightened their grip on the US$50,000 prize money, Hug adding another 25 points to his total while McFadden improved her tally by 16.